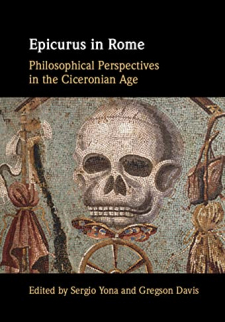 The role of Greek thought in the final days of the Roman republic is a topic that has garnered much attention in recent years. This volume of essays, commissioned specially from a distinguished international group of scholars, explores the role and influence of Greek philosophy, specifically Epicureanism, in the late republic. It focuses primarily (although not exclusively) on the works and views of Cicero, premier politician and Roman philosopher of the day, and Lucretius, foremost among the representatives and supporters of Epicureanism at the time. Throughout the volume, the impact of such disparate reception on the part of these leading authors is explored in a way that illuminates the popularity as well as the controversy attached to the followers of Epicurus in Italy, ranging from ethical and political concerns to the understanding of scientific and celestial phenomena.